Facebook’s latest algorithm change in January had many thinking that organic reach on the platform was officially dead. The closing of LittleThings, a brand with more than 12 million followers on Facebook, has resurrected this fear. Here’s what you should know about the change, and how to pivot your strategies to find success with the platform.

Going Back to its Roots

Mark Zuckerberg started 2018 with the lofty goal of “fixing” Facebook. It comes as no surprise, then, that Facebook announced its major algorithm update just shortly after. This is the biggest update since June 2016 when the social media giant explained that they were going to favor family and friends over brands and other publishers.

The latest “Facebookgeddon” update strives to make sure that time spent on Facebook is time well spent bringing people together. Let’s breakdown what the change includes.

With the explosion of content in recent years, personal News Feeds have become more crowded than ever before. Facebook was originally built to bring people together and strengthen connections. As brands, family, and friends competed for a spot in the News Feed, Facebook moved away from this initial purpose. Now, Facebook is going back to its roots.

What This Means: Facebook is gradually starting to prioritize posts from friends and posts with friend interactions. With this change, the social platform has admitted that Pages will likely see a decline in organic reach, referral traffic, and total video watch time.

The algorithm update only affects the ranking of organic posts, not the ads ranking. Consequently, paid ads remain a great opportunity to reach a relevant audience with your content. The one type of paid ad that will be (slightly) effected is the boosted post, because it is a combination of organic and paid. Boosted page posts that do not generate much engagement might see a slight impact within the ads auction and achieve less visibility. However, engagement is only a small portion of the ads ranking so the impact should be small.

Aside from boosted posts, directing paid ads to your page followers is a great way around the algorithm change and can be done at a very small cost. There is great value in the page followers that you have racked up, as you can create engaging ads targeted to those following your page. In this way, you can be sure that your audience is engaged and highly interested in your company, and your product or service. You can further build lookalike audiences mirroring the followers and expand your impression share. So if you are worried that the time spent on building your pages’ followers may be all for not, there is still great value remaining.

See how we recently achieved a 38-1 Return on Ad Spend for an ecomm business leveraging Facebook’s Dynamic Ads.

While Pages are set to see a decline in organic reach, there is an exception – posts that inspire “meaningful interactions.” Adam Mosseri, head of Facebook’s News Feed, admits that this is a metric that is still evolving. The key, though, is interaction between two people.

What This Means: Interactions between people, and more specifically friends, are set to be prioritized in this update. As a result, posts that inspire conversations will see higher reach than those that are consumed passively. This includes comments, shares, and reactions.

Although posts with engagement will receive higher priority, Facebook was quick to point out that engagement baiting does not constitute a meaningful interaction.

What This Means: Posts that ask audiences to comment “yes” if they like something or agree with a statement will not receive higher priority in the News Feed. Rather, these posts will actually be demoted. Brand posts should contain content that actually matters to their customers. This could include content that asks or answers relevant questions, pertains to timely topics, highlights new products, etc.

While the algorithm update is still relatively new and its effects are still being made known, there are some things you can do to avoid situations like that of LittleThings.

In the announcement for the update, Mark Zuckerberg specifically stated that people can expect to see more posts from groups in their News Feeds alongside posts from friends and family. Groups can present vibrant communities filled with meaningful interactions. While it is clear that groups are an area that Facebook is looking to build out, this approach will take time and effort on the part of the brand. 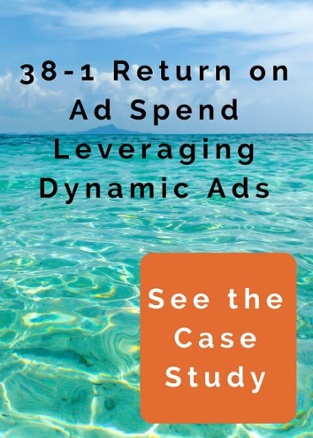